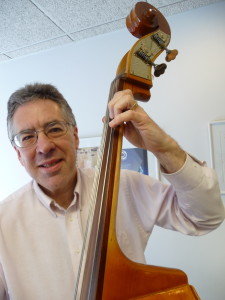 Steve has more than 30 years of journalism and publishing experience, most of the last 27 of which were spent covering technology. He has written about networking and telecommunications in corporate computing, government and small business environments. Steve started off working for daily newspapers reporting on local politics in his native state of New Jersey in the late 1970s and by the 1980s branched out, working for business trade magazines and in the computer trade press as Features Editor for Government Computer News and InternetWeek. He also focused on home technology and consumer electronics for Builder Magazine for more than five years. Now, he is a frequent contributor to Dark Reading, SC Media and numerous Tech Target sites. In his spare time, Steve plays the upright bass and guitar in jazz combos and Klezmer bands. Zurier resides in Columbia, Md., with his wife Stephanie Gurwitz and dog Ross. His older son Ben is a drummer and percussionist living in Los Angeles and pays his rent building sound panels for music studios and custom homes. And younger son Solomon is an assistant basketball coach for the International Sports Academy (ISA) in Willoughby, Ohio.